The Spanish Basketball National Team was in need of a physical space to concentrate before and after every training session. Given Danone’s commitment to promoting healthy eating habits as a pillar of a wholesome lifestyle, we were asked to find a way to help the team bond beyond training.

Generating brand awareness in the healthy lifestyle universe to lead a change in eating habits, connecting with millennial families and linking the brand to the Spanish Basketball National Team.

It was clear that we had to join forces with Spanish referents such as the Gasol brothers, Ricky Rubio and Rudy Fernández, as the flag bearers of an integral healthy lifestyle. We decided to create Espacio Danone, a space that included nutritional, resting, physiotherapy and entertainment areas. By linking Danone to one of the most successful national teams, we capitalized the pre-game competition to avoid the presence of other sponsors. At the same time, doing this helped to separate the marketing action from the team’s results.

The always-on content plan was based on a daily schedule: from celebrating the players birthdays to the visit of a Master Chef Junior competitor to prepare an exclusive breakfast. This allowed for organic content to be created and amplified constantly by the players, while the interviews became the center of traditional and social media. 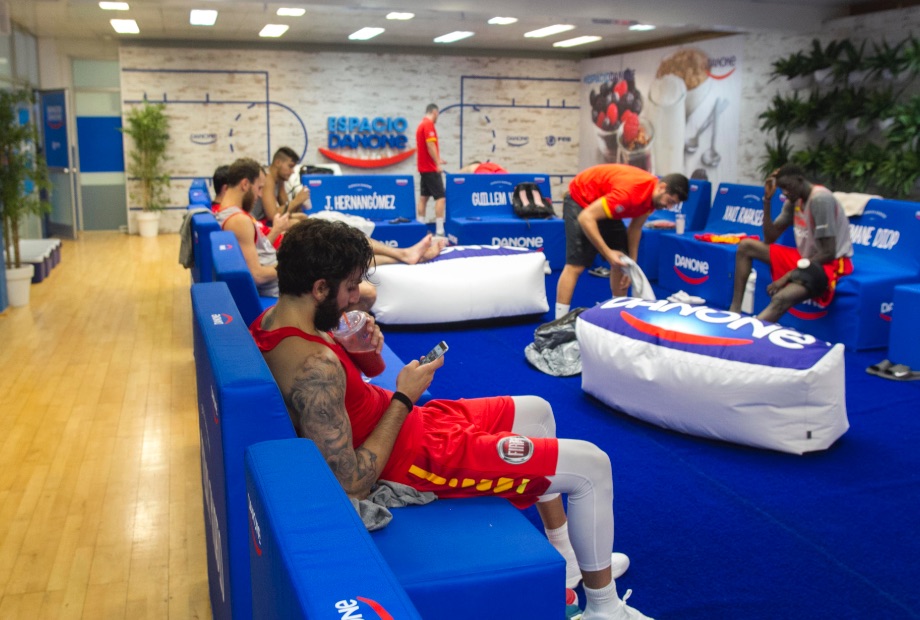 It’s not just a space for relaxation and treatments, but a place to bond and live together during these days of preparation